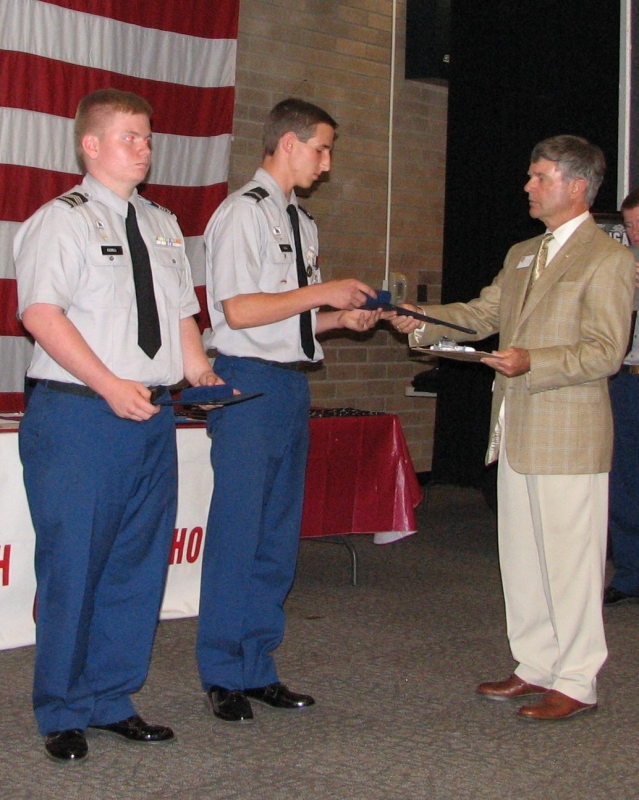 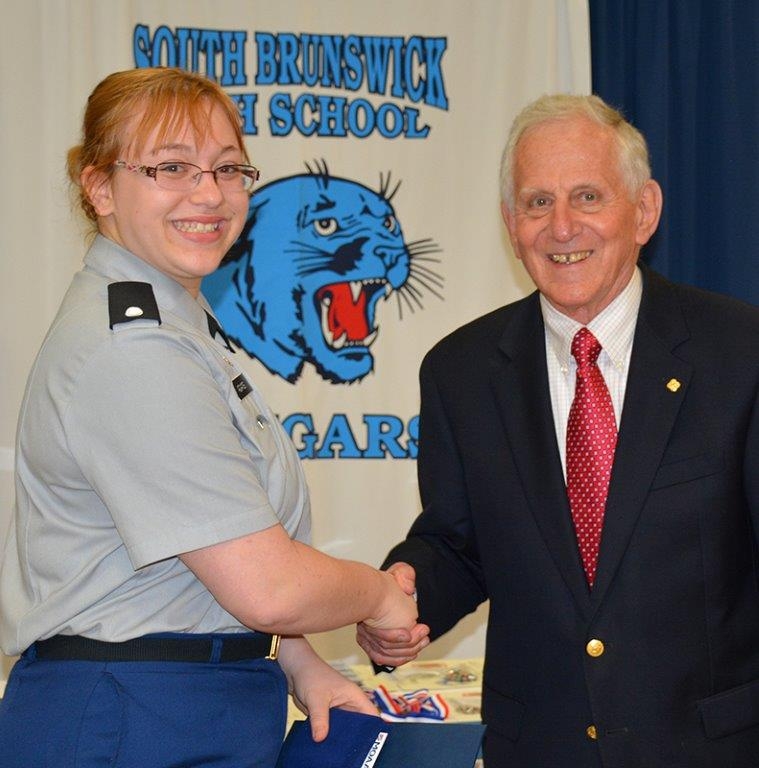 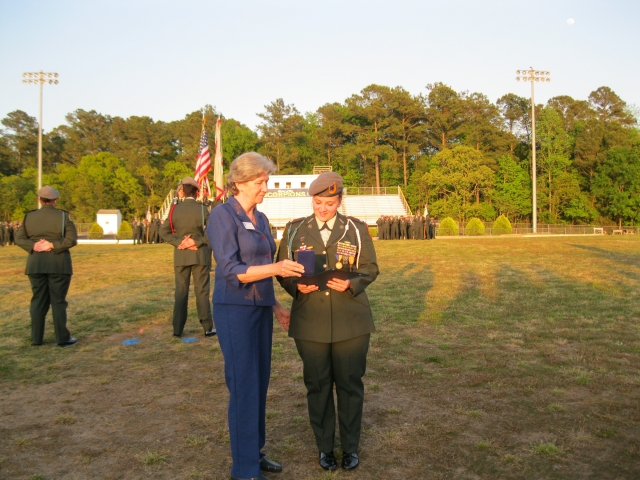 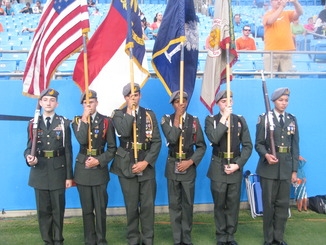 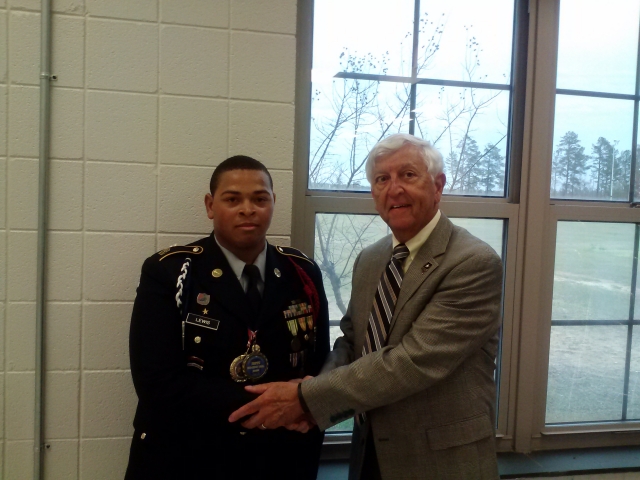 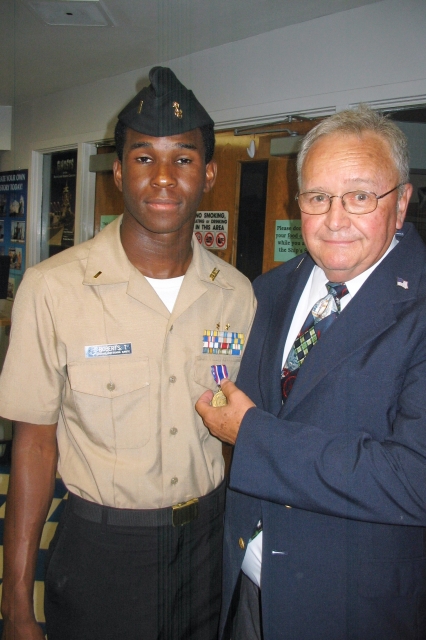 The Awards Ceremony on the Battleship on 16 May included the presentation of the MOAA medal, and certificate to Cadet Ensign Terrell Roberts. Terrell is a Junior and is on the Hoggard football team, playing the position of defensive back. I talked with him after the ceremony and pinned his medal on. His intentions are to attend college upon graduation. I encouraged him to include in his search the academies as well as ROTC. He replied that he planned to do that.

He also was awarded the Principal's Medal for the Junior Class and the National Sojourner's Medal.

Attached is a picture, 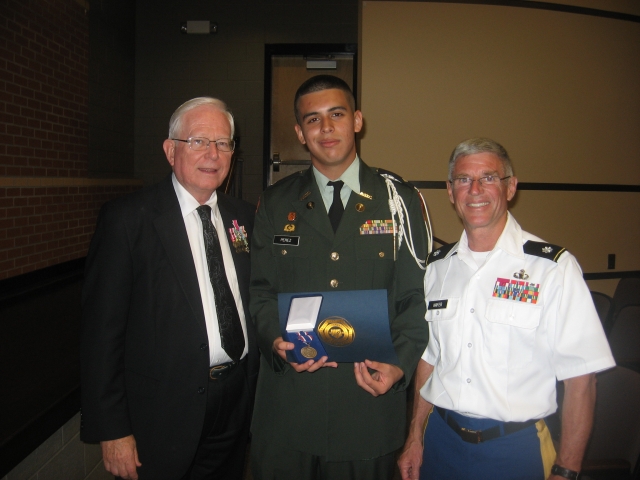 Cadet Major Mark Perez, a junior at New Hanover High School, was awarded the MOAA leadership ribbon and certificate Friday, May 17, 2013. Cadet Perez will be a company commander next year in the New Hanover High School JROTC battalion. He has a 3.5 GPA and plans to pursue a mechanical engineering degree after graduation next year.

The MOAA Award was presented by LTC Myers to Cadet CPT Evan Lanier of East Duplin High School on 23 May, 2013. Cadet Lanier was selected for the award because of his outstanding leadership as a Company Commander as well as the Raider Team Commander. He is on the high school track and wrestling teams as well. He wears his uniform with pride and sets the example for all others; he has been selected as the top cadet in the county during year 2011 as well. HIs plans are to enlist into the USMC in the near future, he is expected to graduate in 2014.