Jeff Rivenbark of WWAY TV 3’s Good Morning Carolina interviewed our own Chrissy Sanford and Lee Roy Hanna regarding our scholarship program. To view the 3 minute video go to www.wwaytv3.com, click on VIDEO at the top menu selections, then select “Video Central” in the dropdown menu. In the Playlists search bar at the top enter “MOAA” and press SEARCH and the clip will appear in the box. Just click to start viewing.

Instructions for Processing your comments

Your Chapter leadership is very interested in knowing what you enjoy about the Chapter and its activities and what you would like to see added or improved. This survey is intended to gather that information, but your input is always welcome in any form and at any time.

Completing the survey will take only about 10 minutes. Although participation is voluntary, we would like input from as many Chapter members as possible.

Please complete the attached survey and return it to me as soon as convenient, but we would like to compile survey results by April 10th.

Step #1: The survey can be completed in either of these two ways:

• Print it and fill it out in pen or ink

• Save it as a Word document and fill it out

Step #2: Return it to me in any of the following ways:

•Scan it and e-mail it to me (downeast@bellsouth.net) as an attachment

•Attach it as a Word document and e-mail to me (downeastr@bellsouth.net) .

Thanks for your help. 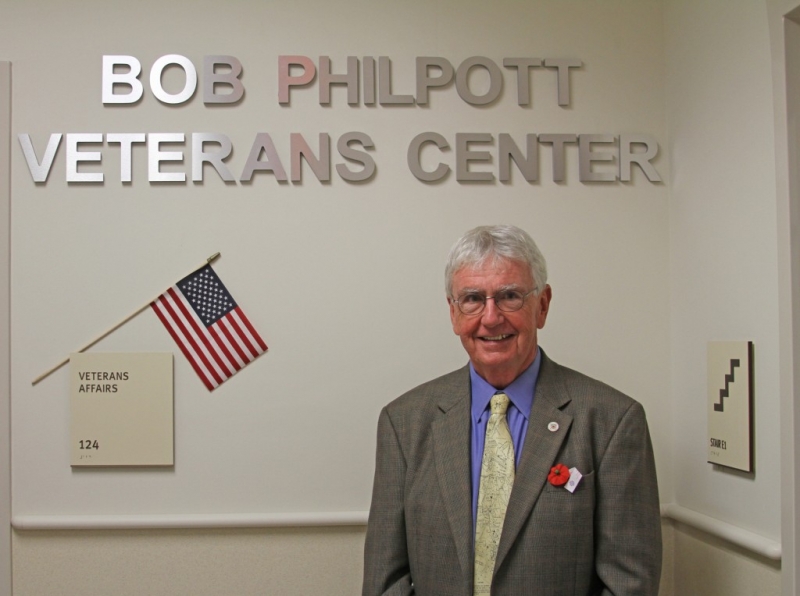 Before retiring​ ​as CFCC’s veterans affairs coordinator​ ​earlier this year, Philpott helped establish CFCC’s veterans center on campus three years ago and was well-known for his support of student veterans and their family members.

After his service to the Coast Guard, Philpott joined CFCC’s staff in December of 1993, as an economics instructor.​ ​He​ ​then​ ​served​ ​as​ ​dean of​ ​vocational and​ ​technical programs​ ​until 2011. Afterwards, he transitioned into his role as CFCC’s veterans affairs coordinator.

“Under Mr. Philpot’s leadership, CFCC was recognized nationally for three consecutive years as a Military Friendly School and is considered a model for schools around the country,” Dr. Spring stated.

Philpott’​s ​distinguished service extends beyond his time in the US Coast Guard.

In fact, in 2007,​ ​he received​ ​the North Carolina Community College System Employee of the Year Award.

The​ ​naming​ ​ceremony was among several veteran-related activities held at the college today. Other events included a forum entitled “Remembering the First World War”, which featured presentations about the creation of war memorials, World War I writers,​ ​and the battle of Verdun. The college also held a ceremony to honor all student veterans and employees on campus.

Military veterans and​ ​their​ ​family members make up nearly​ ​10 percent of CFCC’s student population in degree-seeking programs. CFCC opened the veterans center three years ago to better accommodate to needs of military personnel and their family members who are taking classes at the college.

Not many know that Diane Sawyer worked as an assistant to Ron Ziegler, Press Secretary to Richard Nixon. This video is pretty neat.

If this doesn't get to you, CHECK YOUR PULSE. YOU MAY BE DEAD. What is not mentioned about Nixon is that he approved operation Rolling Thunder which instigated the heavy bombing of Hanoi and eventually convinced the Vietnamese that it was time to end the war.

No matter what one may think of Nixon now - watch this!